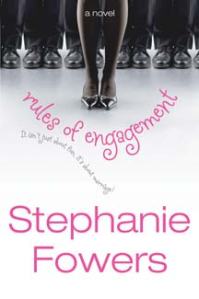 Samantha Skyler is a 25-year-old undergrad at BYU on her way to becoming an unhappy old maid.  She shares a run-d0wn apartment in one of Provo’s generic BYU-approved apartment complexes with three single co-eds who are no spring chickens themselves, at least by respectable Mormon standards.  So as finals loom one fall semester, the four girls of apartment C6 suffer much consternation at being single.  They anxiously abide the overbearing advice of fellow student ward member, Harrison Bean, a Brit with Henry Higgins’ pretensions, who appears halfway through the narrative to school the hand-wringing maids on how to catch one of the eligible men who reside conveniently within their ward boundaries.

In their often half-hearted and messy pursuit,  studying for finals is pushed to the periphery:  they hilariously decorate their already decorated apartment for Christmas, engage in ultimate frisbee games with their Family Home Evening brothers in the snow, pretend to study in the library so they can be “safe-walked” home by male ward members, swipe objects from these same brothers’ pad and hold them for ransom behind their own apartment’s “chastity line,” attend church meetings, and throw dessert parties–not necessarily in that order.  Somehow, in spite of herself, Samantha–the most unconventional (she plays rock guitar), poorly groomed, and uncensored (“Dash Diddly Dog!” she constantly “curses”)–co-ed of the lot ends up with the boy she least expects to end up with, and now she won’t have to worry about that career she was dreading after all.

Key Quotes:  ” . . . I saw Scott too late.  He was brooding in the hallway and I smacked right into him, almost pushing him over the Chastity Line.  He teetered over the invisible barrier that exists in all BYU apartments between the front room and the hall that leads to the bedrooms” (28).

“Of course, we had only half a week left to get engaged, which was completely improbable, but Harrison could work miracles, especially if I could get a date out of the deal.  A date was practically an engagement anyway, right?  Especially at BYU” (237).

What Makes It Marginal:  While not affiliated with the LDS Church, Covenant only publishes “faith-promoting” books that adhere to LDS Church standards, so the “marginal” here is pretty minimal:  Samantha plays rock guitar, is an aspiring author, and an unapologetically terrible cook.  She displays an irreverence at odds with conventionally constructed Mormon womanhood.  The Articles of Faith are satirically riffed on.  The idea of rushing into marriage is called into question to some degree:  the “high rate” of Mormon divorce is mentioned.  The compulsion to marry  before graduation is a BYU cliche that’s very operative here.

What Makes It Mormonal:   Scenes take place at church meetings, characters adhere to and reference BYU rules, students fulfill church callings.  The general portrait constructed here is one of a unified community of faithful, believing LDS students.  The only thing resembling physical contact between any of these young single adults are furtive elbow grabs and one awkward mistletoe kiss between one couple.

My Two Cents:   Technically, as a piece of non-literary, faith-promoting fiction–this falls out of the boundaries of my original MML Library School study, but I felt compelled to blog about a piece of Mormon “chick lit,” which this novel’s been marketed as.  Overall, I found the novel tedious, although it did accurately represent the boredom, time-wasting, and silliness inherent campus life, particularly at BYU.   Still, there is so much glaring, flouncing off,  stomping around and pointless consternation among and between the characters, that I found myself skipping pages, and the characters, in their realistic-for-BYU homogeneity,  quickly began to resemble each other.  Samantha, the protagonist, stands out, however, and often refers to herself as “punk,” and she’s boisterous and physical, and relatively uncensored.  In light of this, it was troubling for me to see her lament so pitiably about growing old and single, but I fear that is an accurate reflection of the way so many single female students still see themselves on BYU campus, where the emphasis is still not so much on academics for women, as on matrimony and future motherhood.